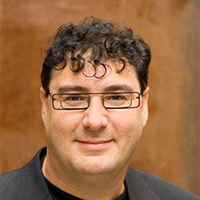 Simon is best known in Australia and the USA as the creator of leisure industry publicity company "dreamcoat" that spanned two decades and represented some of the world's best leisure brands on both sides of the Pacific Ocean with media campaigns that made a real difference to their clients.

In the kids and family market, dreamcoat controlled the publicity for many years in Australia for major retailers such as Toys 'R' Us, Pets Paradise, Donut King, Angus & Roberson (and then Borders immediately afterwards), Cartoon Network, as well as multiple major and smaller toy companies and at times the Australian Toy Association.   dreamcoat  also helped revived Luna Park Melbourne, re-built festivals such as Moomba, tripled the turnover of AFL Licensing, re-established the popularity of World Wrestling Entertainment (WWE) and brought  Australia's major red carpet awards such as the TV Week Logies, AFI's and ARIA's to international standards in terms of media relations at the event.

dreamcoat was always at the forefront of technology advancements having pioneered the publicity programmes for CU-SeeMe (the original video conferencing technology) for White Pine Software internationally and in Australia launching Ipex Computers (that by 2004 held a 1.4% share of the PC market through government and corporate contracts) and Kyocera mobile phones (including being named Mobility Magazine's PR Firm of the Year in 2006) and Kyocera's environmental photocopiers.

And this is just a snapshot of just some of dreamcoat's work prior to Simon retiring from PR in 2009.

For a tour around some of Simon's favourite campaigns, please visit www.dreamcoat.com.

Since 2009, Simon has consulted only on projects that interested him and searching for his next passion.  In February 2014, Simon attended the Digital Kids Conference in New York as a part of the New York Toy Fair and the insight into the magnitude of kids on computers and mobile devices lead to the creation of C! as a digital content provider that specialises on connecting kids and companies.